Confoederatio is an open value infrastructurei that uses blockchain and DLT technology to connect cooperatives in an international federated economic space or cluster. The platform makes use of smart contracts for the governance of decentralised federated organisations, for the development of alternative markets and for offering channels of access to global markets without intermediaries acting together as a cluster or common economic force. The platform is constituted by the following elements, which will be analysed in detail in this document:

The Confoederatio platform is designed and developed by a community of activists and participants in solidarity economy and self-management networks. It was born with the purpose of serving as a global defense tool for the democratic economic confederation of cooperatives against financial monopoly, chains of intermediaries, fractional-reserve banking, control exercised by hierarchical forms of government and selfish commercial ideology generated by capitalism.

“Capitalism is power, not economics. The capitalist system is the monopoly of power that imposes itself from outside the economy. It uses the economy but it is power, concentrated force, which allows it to seize the capital gains and the surpluses”

Through the Confoederatio DTRADE interface, which, once downloaded, operates on the independent network, Confoederatio NETWORK, without the need of third parties or service providers, it is possible to manage collective funds and deposits of value and investment in a direct or liquid democratic way. It is also possible to issue and exchange any other type of financial instrument such as local and social cryptocurrencies, digital systems of distribution of rents, mutual funds, CETSiii, fragmentary properties, shares, bonds, mutual credit systems, forward stock contracts and more, all directly through smart contracts that are incorruptible and permanent in the blockchain and on a global scale.

Using blockchain technology, also known as the Internet of Value, without intermediaries and invulnerable to blockade and censorship, a confederal economic space of collaborative and sustainable economies will gradually be formed allowing the economic sovereignty of the mutually associated local entities and the generation of a global fund of commons value (Confederal Reserve).

• Transparency and trust between the parties

• Enabling carrying out of forms of self-management using structures of liquid democracy, platform cooperativismiv and holacracyv

With the emergence of a new information paradigm and the incorporation of distributed networks using blockchain technology and the bitcoin protocol, anyone can issue digital assets in the form of smart contracts that are negotiated, transferred and exchanged in the form of cryptographic digital tokens, an encrypted code distributed among all nodes connected to the network.

A key advantage of the blockchain is the potential to eliminate all intermediaries along the chain of transmission of value that exist between the producer and the final consumer. Intermediaries generate redundancies and inefficiencies that result in an increase in the costs of goods and services and a reduction in the profit margin in origin.

“Similarly, Blockchain’s technology has enabled the emergence of new projects and initiatives conceived around the principles of decentralisation and deintermediateisation, offering a new platform for large-scale experimentation on the design of new economic and organisational structures.”

The clearest example is that of small agricultural producers, which are subject to the power of large corporations in the markets from the outset. The price of the goods is speculated by large investment funds and intermediaries’ networks, maximising profits for distributors and losses for the producers, also negatively affecting the price and quality of the products and promoting an industrial model that does not value the harmful effects on the environment or on social relations.

In addition, small and medium-sized cooperatives are not able to access financial resources because of regulatory frameworks that only benefit large corporations. Extracting capital from financial markets thus becomes a long and costly process.

The Confoederatio platform, using a strategic alliance with the most cutting-edge and flexible open source technologies in the sector, will allow the establishment of decentralised governance models for collective funds and a social market for local currencies and tokenisation of commodities and self-managed financial products in a fairer, freer and safer way. By using the free software Confoederatio DTRADE and extending the P2P infrastructure Confoederatio NETWORK, the federated entities will contribute to the development of federated and democratic trade relations and policies, for which independent entities and people advance in its processes of economic and administrative sovereignty: the raison d’être of blockchain technology.

The software will provide an easy and secure way to create smart contracts for various digital uses of governance and financial instruments:

Confoederatio will be built on RSK Rootstock, a Bitcoin sidechain for smart contracts. RSK offer us the most secure and resilient infrastructure thanks to the use of hash generation surplus from the Bitcoin mining itself (merge mining).

In this way we want to have the most high level decentralised infrastructure for the deployment of collaborative and social economy networks.

The open-access infrastructure offered by the federated network falls under the ownership of the commons custodian entity in its legal register of association (see below). The community of users of the network will  carry out democratic digital management of the global commons funds.

The association will issue a fraction of Ama-gi token, a global mutual fund. 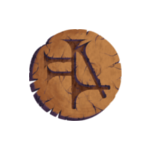 The user interface is built on modular Alchemy architecture (daostack.io) and is operated by means of specific decentralised applications of preconfigured governance and adding a platform of access to decentralised market (DEX). Instead of a generic DAO model in which each new entity appears on the network autonomously, we propose a structure of federated nested councils following the model proposed by Economic Democracy and Democratic Confederalism. In the decentralised federated organization (DFO) pattern the economic organisational structure scale from the smallest entity, the department of the company or the small collective, towards the sectorial, local, regional and global coordination spaces. This model allows greater efficiency in terms of carrying out economic and social strategies as a common coordinated body.

The modular architecture of the application will allow to add decentralised applications of our own configuration or third parties, and full compatibility with the Solidity smart contracts and libraries and Ethereum frameworks. It will also offer the possibility to implement a multisig multicurrency wallet on the integrated application of Lescovex (DAO + DEX).

In the first phase the prototype will be deployed on the Ethereum mainnet having the basic functions of Alchemy and the integrated module Lescovex. In later stages of development we’ll integrate new modules with more functions.

Functions of different modules of the interface:

Platform for the decentralized issuance of tokens in the form of a sovereign currency (flat money). By issuing sovereign currency tokens using the Universal Basic Income (UBI) formula for members of the community itself, local entities promote growth and economic sovereignty. The mechanism of programmable oxidation and restoration exerts a balancing game effect favoring the circulation of value. Through a participatory budgeting planning portal, communities can undertake collective financing and mutual investment projects.

The Value Instrument of the federation uses the unit of account VALE (Voucher for Autonomous Local Entities), collateralised to WOCUxi world currency unit. In this way the internal economic activities of the federation are dissociated from the fiat money issued by nation-states, acquiring a unit of monetary account and stablecoin protected against inflation or financial crises.

(pending, partnership with Money on Chain)

The platform is designed to offer an on-chain digital organisational infrastructure complementary to the physical and emotional social relationships (off-chain) that are carried out between social movements, ethical companies and fair trade networks. The Confoederatio DTRADE interface is a tool to carry out different economic strategies of scale within the framework of the federation:

“The participatory economy outlines in substantial detail a radical reconstruction program, presenting a vision that is inspired by a rich tradition of thought and practice of the libertarian left and popular movements, but adding a new critical analysis and specific ideas and modes of implementation for constructive alternatives. It deserves a lot of attention, debate and action. “

The Cooperatives’ Democratic Confederation (CDC) is an international umbrella association of local associations of cooperatives. It carries out market strategies in the form of a common economic force in order to strengthen and extend democratic autonomy, fair trade and sustainable production for the benefit of its confederates. The Association establishes minimum Federation principles inspired by the Cooperative Contract of the Democratic Federation and the statutes established by the Social Economy Development Center. It is legally registered as an association in the Helvetica Confederation (The Swiss State).

The Confoederatio platform and all its services have free public access, with the exception of the required transaction gas fees expressed in AMA. The model is presented as an organisational reference and will allow entities and companies to form their own federations or participate independently. Membership of the Association is not a mandatory condition for the use of the platform.

The Association provides the following services:

The Confederation certifies that the products of cooperatives and federated entities meet the highest standards of quality, respect for the environment, democratic decision-making and self-management of workers, direct trade channels and fair and artisanal elaboration respectful to cultural uses in each region. A federation label will be issued based on quality and ethical categories as well as traceability records.

The association endorses with the Confederal Reserve funds any token or smart contract backed by commoditties or securities issued by federate cooperatives (CIFs,ISCs,CYCs,…).

Participation in the federated network requires collateral in the form of a web of trust (WOT).

Federated entities may deposit property of their assets (financial participants) in collectivisation, providing work and responsibilities (working participants) or goods (producer participants) by accessing a deposit credit token with stable monetary utility in the internal channels of the Confederation (confederal voucher to the bearer, VALE). In this way producers and traders will be able to access a fair price determined by the structure of participatory economic planning in the form of mutual credit.

The Confederal Reserve is a DAO (DFO) management entity in itself, which acts as a custodian of assets of the Commons

The Swiss Association trustee can subsequently issue a legal tokenisation of backed crypto-assets (commodity/security tokens) with which it accesses a better price in global markets causing a transvestmentxii effect of capital from the markets to the network, increasing the liquidity fund to cover the issuance of VALE credits and to generate a non-profit margin that will be allocated to the Commons fund of the Confederal Reserve.

The Confederation shall ensure the exchange of the confederal voucher issued by cash or other assets with the back-up reserve fund. The right on the assets deposited constitutes a mutualist right that falls on the federate depositories themselves.

All the operations carried out by the Confederation are executed through the structure of smart contracts DAO, avoiding the human administrative intermediation and thus the possibility of fraud or accumulation of power.

The Confederal Economic area will offer discounts, collective purchases and other advantages to users of the confederal voucher and other associated social currencies, promoting the circular economy.

“Thus the principle of contract, far more than that of authority, would bring about the union of producers, centralize their forces, and assure the unity and solidarity of their interests. The system of contracts, substituted for the system of laws, would constitute the true government of the man and of the citizen; the true sovereignty of the people, the republic.”

ix In Ethereum network the transaction fees (gas) are payed using ether (ETH). In this way it provides security to the network avoiding spam attacks and incentives for the maintenance of the validator nodes. The gas refers to the fuel needed to execute the transactions in a p2p network. 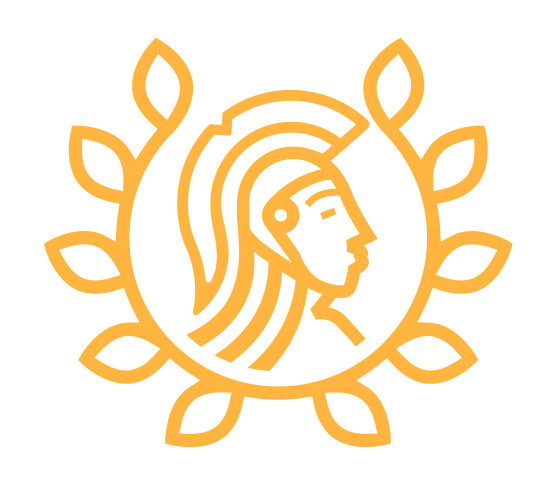 (pending, partnership with Money on Chain)

One thought on “Confoederatio DTRADE Platform”